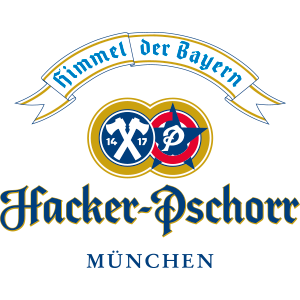 The Beer At The Hacker Tent

Every year the Octoberfest  attracts millions of visitors and everyone looks forward for a fresh tapped beer. The Hacker Pschorr Octoberfest beer at the Hacker tent is only available during the Wies’n-time. Therefor it tastes excellent every year! It’s amber colour, the malt aromatic taste and it’s fine harsh at 13,7% original wort makes it to something special.

Why is there a special Octoberfest beer anyway?

In 1810 Munich Octoberfest beer was served for the first time. The bavarian brewing law allows to brew beer only between the September 29th  (Michaeli) and the April 23th (Georg). Because of the simmering of the  beer the was a fire hazard during the summer. Besides bottom-fermented beer needs a temperature if 4-6 degree C for fermentation.

Naturally nobody wanted to do without the beer in the summertime, that’s why they brewed ahead.T So this is the origin of the Märzen. To increase durability the last beer was brewed even stronger: the Märzen beer, that was going to be sold at carnivals and fairs during the summer and fall. In 1876 Carl Linde invented the refrigerating machine, so beer could be brewed during the summer month.

The Octoberfest beer is an unchanged beer specialty  til this day and it sis naturally freshly brewed for every Wies’n!

This site uses cookies. By continuing to browse the site, you are agreeing to our use of cookies.

We may request cookies to be set on your device. We use cookies to let us know when you visit our websites, how you interact with us, to enrich your user experience, and to customize your relationship with our website.

Click on the different category headings to find out more. You can also change some of your preferences. Note that blocking some types of cookies may impact your experience on our websites and the services we are able to offer.

These cookies are strictly necessary to provide you with services available through our website and to use some of its features.

Because these cookies are strictly necessary to deliver the website, refuseing them will have impact how our site functions. You always can block or delete cookies by changing your browser settings and force blocking all cookies on this website. But this will always prompt you to accept/refuse cookies when revisiting our site.

We fully respect if you want to refuse cookies but to avoid asking you again and again kindly allow us to store a cookie for that. You are free to opt out any time or opt in for other cookies to get a better experience. If you refuse cookies we will remove all set cookies in our domain.

We provide you with a list of stored cookies on your computer in our domain so you can check what we stored. Due to security reasons we are not able to show or modify cookies from other domains. You can check these in your browser security settings.

We also use different external services like Google Webfonts, Google Maps, and external Video providers. Since these providers may collect personal data like your IP address we allow you to block them here. Please be aware that this might heavily reduce the functionality and appearance of our site. Changes will take effect once you reload the page.